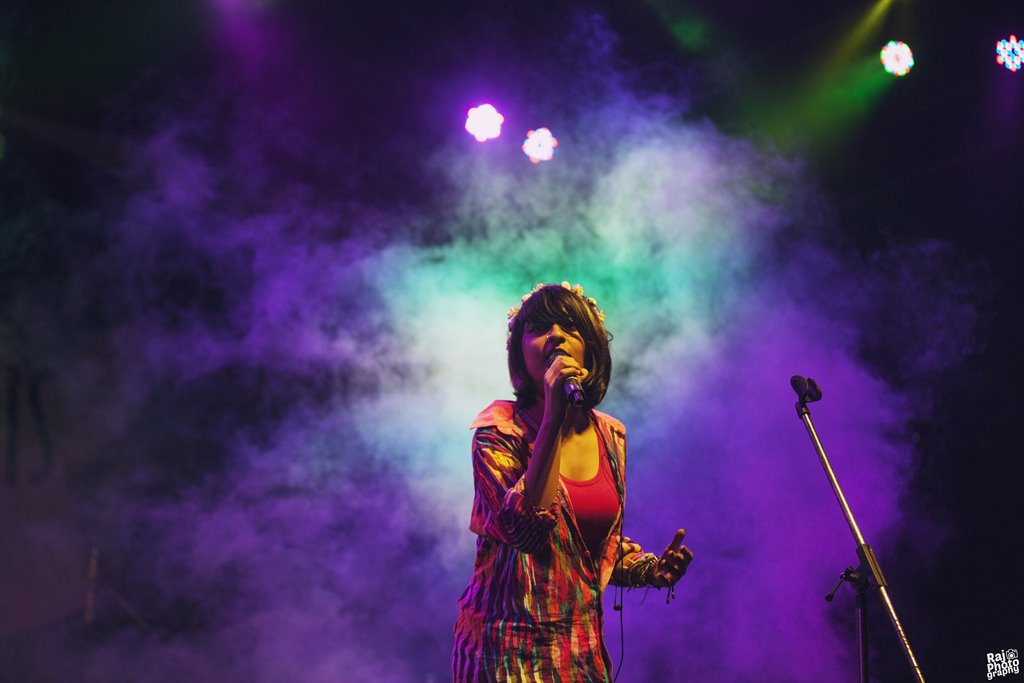 1. I would like to know how you started your musical career and most importantly, what was your family's reaction?

SS: I started singing with a cover band called Pseudonym when I was around 18. We'd play a regular late night slot at Someplace Else, Kolkata and eventually on weekends too. That would be my first venture into playing music "professionally", balancing both high school and music.

My parents were initially apprehensive of my choices, especially after I decided to quit a Master's degree and pursue music. But dialogue helped the process. I feel that it's essential to tune your parents into your lifestyle and your aspirations, after all, they always only want what's best for you. When your dreams are different from theirs, you just need to sit down and talk it out. Worked wonders for me!

2. Is music your profession or you have a part-time job? Also, do you think there are more women artists coming up and doing music full-time than before? Do you think Indian parents are becoming more open in terms of giving freedom of choice?

SS: Yes, I play music full-time. When I'm not playing gigs with my band, I like to produce my own music. To pay bills I make jingles, moonlight as a playback singer for Tollywood etc.

Compared to the last decade or so, there are more women in the music "scene" today who are all pursuing it full-time. Women are no longer mere eye candies in bands. They're exploring new sounds and producing all kinds of music. Give us another couple of years and we'll definitely see more women making history. It's very exciting to be around artists, female and male who are breaking gender stereotypes everyday!

Again, dialogue with parents is essential. This is a very different world from what they are used to. So, it takes some time for them to understand. The music industry can be a little intimidating for the uninitiated.

3. I have to say this…The Ganesh Talkies are really cool and vibrant, both musically and visually. What are your influences?

SS: My main influence is pop culture of the 90's, movies/music/art that I've grown up with. Also, Kolkata (where I'm from) may be stuck in time but there's something about the city which you can never quite stop loving. So, I'd say my main muse is probably my home.

4. Let's talk about the gear you use. As a guitarist myself, I would like to know which guitar do you use for your live gigs and recordings. And have you been using D'Addario Strings since the start?

SS: I play an Epiphone Les Paul Custom Pro both live and for recordings. My Les Paul has ProBucker pickups which enables me to explore distinctly different tones. I write mainly on a Fender acoustic, which is broken and the intonation is all sorts of horrid, but it sounds really great still and I feel very comfortable writing on that guitar. I have been using D'Addario from the start, especially for my Les Paul.

5. Do guitar strings make a lot of difference on your playability and sound? What made you choose D'Addario Strings and why specifically the EXL Series?

SS: Yes, choosing the right kind of string is important because what may work for me might not work for someone else.

I have experimented with different gauges before and 10' works best for me. The EXL110 is super comfortable to play because I'm not a very skilled guitar player. They are a very good balance between too heavy and too light. Also, Indian weather is harsh and the rust-situation is a nightmare. The EXL series is very good that way.

6. Finally, what's your plan for the future with respect to music and with The Ganesh Talkies?

SS: I'm currently working on a solo record. I don't know when I'm going to finish it or if I'm going to release it publicly at all. But it's something that I've always wanted to do and now is a good time to do it.

The Ganesh Talkies will be releasing a new 5-song EP very soon. It's been a good run playing a lot of gigs these last few years and so we'd like to get back to writing and recording more music. So yes, tours to support the same are in the pipeline too.